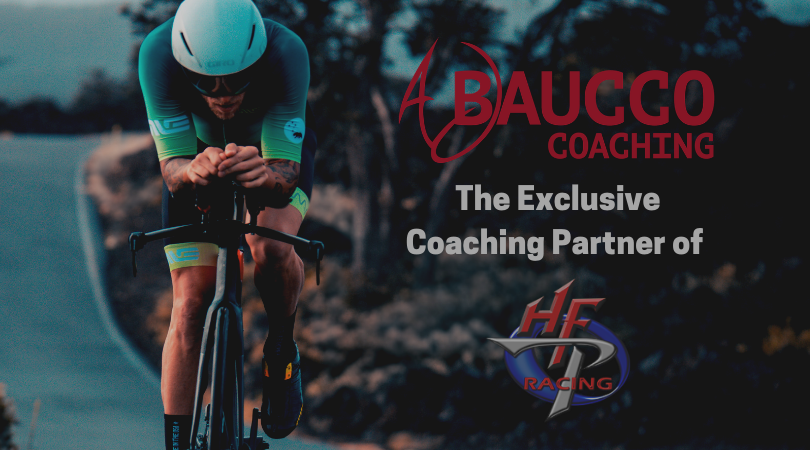 AJ Baucco Coaching is world class triathlon coaching for age group athletes of all ability levels. We specialize in Full Service Triathlon Coaching, but we also create Focused Training Plans for athletes that like a more hands off approach. Feel free to contact us with any questions or to set up an informational phone call.

Not sure which service is right for you? We’ll ask you a few questions and guide you to the right service.

HFP/AJ Baucco Coaching is led by HFP’s founder, Shannon Kurek. Born and raised in Mansfield, Ohio, Coach Shannon started his athletic career as a varsity wrestler at Mansfield Madison and finished his wrestling career with an 82-15 record. While still in High School, Coach Shannon was introduced to the sport that would forever change his life. Triathlon gave him an opportunity to continue his athletic career and fuel his passion for competitive sports. As the founder of HFP Racing, Coach Shannon has been able to closely watch the sport of triathlon over the last 3 decades go from a fledgling sport for non-traditional athletes to a main stream sport with supporting technology and major advancements in training. Coach Shannon has also been involved with youth sports in several different capacities including youth wrestling and basketball coaching.

Shannon has had tremendous success as a age group triathlete, finishing on the overall podium in over 250 regional races in Ohio, two top 10 finishes in the ITU Sprint Triathlon World Championships (Chicago and Cozumel), 7 podium finishes at the USA Triathlon National Championships and two-time Age Group National Champion in 2015 (Sprint Distance) and 2019 (Long Distance). He is a perennial USA Triathlon All American and has qualified for Team USA more than 10 times, as well as the Ironman World Championship in Kona. Shannon brings an elite age group athlete’s perspective to AJ Baucco Coaching.

One-time payment due before an athlete’s start date.
This fee covers all of the work that goes into getting an athlete started with
AJ Baucco Coaching (initial phone conversations, season planning, etc.)

Notice: There is a 3% surcharge associated with online billing that is added to all transactions.